How many mothers are willing to admit that they sometimes enjoy watching cartoons just as much, if not more than their kids?

Now that I’m an adult, I’ve noticed that in many cartoons (even the ones specifically made for children), they sneak in a lot of adult humor that children don’t necessarily understand.

The cartoons that I grew up watching are different, of course, from the ones that my children are growing up watching, and now that I’m an adult, I’ve discovered a lot more humor in these cartoons.

I thought it would be fun to put together a list of my ten favorite cartoon moms.

Personality: She can be assertive when she needs to be, but she is also very loving and caring. She’s incredibly supportive of her husband’s crazy ideas and inventions.

Personality: She can be a bit annoying and a pushover, but she does her best to take care of her children and her husband, who are often a bit goofy and odd.

Personality: Wilma Flintstone is exceptionally patient and loving. She’s often submissive and does her best to care for her husband, who is always coming up with new, crazy ideas.

Personality: She has a very supportive and outgoing personality, and does her best to care for her biological child and adoptive child. Cartman usually puts her down.

Personality: Even though this cartoon is set in the future, Jane Jetson still plays a submissive, kind, and supportive homemaker. She is always trying to help things go as smoothly as possible for her husband, George.

Personality: Trudy Proud is a very caring woman who takes a lot of pride in nurturing her husband and children. She comes from a wealthy family but doesn’t let that change who she is.

Personality: Marge Simpson cannot be praised enough for the amount of stress she needs to put up with daily. She is kind and genuine and does her best to love and support her husband, Homer, despite all of his nonsense.

Personality: I’m not sure why this woman wasn’t even given a proper name, but she plays a good homemaker and is supportive of her children’s shenanigans. She’s also terrified of germs and is always wearing gloves.

Personality: Sometimes, she plays a homemaker, and sometimes she plays a working mother as well. She can be a bit clumsy and is usually very timid.

Personality: This woman is not given enough credit for the amount she needs to deal with from her husband, Peter. She sometimes lets her temper get the best of her, but she tries her best to be kind and gentle and supportive of her family.

I’d love to hear from you! Leave a comment about your favorite mom cartoon!

Brittany started her writing career as a ghostwriter before independently publishing The Zion Series (a young adult trilogy), two books of poetry and several other short eBooks. Her novels are currently being translated into three other languages and one is being adapted into a screenplay.

Brittany has an Associate’s degree in Education, and prior to beginning her writing career, she worked as a preschool teacher, a Sunday School teacher, and as a private tutor for adults with intellectual disabilities.She lives in North Carolina with her two children. 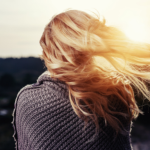 The Secret To Raising Smart Kids: 20 Things You Can Do

6 Of The Best Baby Seats Newborns